Skip to main content
knowledge for everyone
Videoplayer
Understanding the microbiome
Recording of the lecture by Professor Arne Astrup, MD, DMSc

Research into the microbiome has only just begun!
We make important decisions from our gut, because we "trust" our gut feeling. The stomach and intestines are not only considered our second brain for this reason. Experts call this the gut-brain axis, whose communication mechanisms have already been described. What is new in this chain of interaction is the microbiome. This is because the intestinal flora has significantly more important influences on metabolic health than previously assumed. Today, we therefore speak of the "microbiome-gut-brain axis" as a signalling pathway between the peripheral intestinal functional units and various centres of the brain, such as those responsible for the feeling of hunger and satiety. Prof. Arne Astrup provided breaking news on this topic in the Biogena Academy's lecture series "Knowledge Creates Health".

As head of the Department of Nutrition, Exercise and Sport at the University of Copenhagen, Astrup primarily researches the effects of different diets on the success of losing weight in overweight people and diabetics. Right at the beginning of his lecture, he stated that there is no "best diet" and at the same time criticised prevailing generalisations in the field of nutritional medicine. The reality is far more complex.

Nutrition in the focus of research
In the past, Prof. Astrup compared different diets and evaluated their benefits for weight loss. He focused in particular on the so-called "New Nordic Diet", a modified form of the Mediterranean diet, which replaced olive oil with canola or rapeseed oil, for example, and was generally oriented towards regionally available foods from Scandinavian countries. The subjects were divided into different intervention groups and received either a hypocaloric high-carbohydrate/low-fat diet or a low-carbohydrate/high-fat diet. The result: both groups were able to record weight losses, but significant differences between the two diets were absent. However, if the test persons were divided according to their fasting blood glucose level for the evaluation, it quickly became apparent that the level of carbohydrate intake did have a relevant influence on weight loss. People with prediabetes and diabetes were able to lose a lot of weight by following a low-carbohydrate diet, while overweight people with normal blood sugar levels even gained weight - despite a hypocaloric diet. How can this circumstance be explained?

Microorganisms as the key to weight loss
This is where the microbiome comes into play. If one divides the bacterial ecosystem of the human intestinal flora according to so-called enterotypes, bacteria of the strains Bacteroides, Prevotella and Ruminococcus in particular come to the fore, whereby Bacteroides and Prevotella seem to have special relevance in the context of metabolic health. A dominance of Bacteroides can be observed mainly as a result of a typical western diet, Prevotella is primarily found in people who favour a high-fibre diet.

Recently, Prof. Astrup published his research findings in the International Journal of Obesity regarding these two enterotypes and their role in weight loss. He showed that the ratio of Prevotella to Bacteroides is the linchpin of a successful intervention in people with obesity. The higher the ratio of Prevotella to Bacteroides, the greater the effect of a high-fibre New Nordic Diet on fat mass loss. If, on the other hand, bacteria of the Bacteroides strain predominate, targeted interventions - despite calorie deficit - can be unsuccessful, which Prof. Astrup was able to show in his study. A Chinese research team investigated the underlying mechanism and showed that ingested dietary fibre is fermented and metabolised differently by Prevotella and Bacteroides. Prevotella produced a 3-fold higher amount of propionate compared to Bacteroides and also showed an overall higher production of the short-chain fatty acids acetate, propionate and butyrate. This suggests a more effective use of dietary fibre by Prevotella, which is in line with previous research findings. 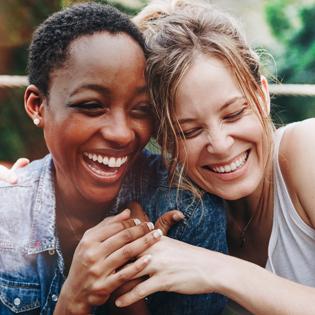